Our mission is to provide information on important issues confronting our community, and to promote organizations and candidates which offer progressive solutions to these issues.Click on this Contact Us link to add your name to our mailing list. To join PCI please visit the Join Us page and you can pay online or by mail (annual dues for the 2021-2022 membership year are $35 for an individual, $70 for a family). You can also support our efforts through a donation or by giving your time.

Where were you on January 6, 2021, the day on which the National Capitol was breached by an angry mob during a joint session of Congress working on confirming the results of the Presidential Election?  This was no peaceful protest by followers of President Trump. This was a full-scale assault on democracy. Following a charge by Trump, the seditious mob intent on violence marched to the Capitol and, overwhelming the police presence, smashed their way inside. People died as a result.

Many of us experienced the same anger, fear, and anxiety we did on September 11, 2001. This time, however, the threat was from within. This was a day that we will remember for the rest of our lives.

This was also the day when a reported 3,964 Americans died from Covid-19.  On this day Florida broke its record (set just the day before) for the daily number of reported Covid-19 with 19,816 new cases. Yet millions of Americans, because of divisive political rhetoric, refuse to wear masks in public to protect their fellow Americans from the deadly virus.

We continue to be haunted by ongoing deadly consequences of systemic racism, cruel treatment of desperate families seeking asylum in our country, mass shootings, and now violent domestic terrorism.

We have overcome other tragedies in the past and emerged better for it.  Hopefully January 6, 2021 will be one of those events. At the end of the tragic day of September 11, 2001, all of the United States Senators who evacuated the Capitol because of a bomb threat stood on the Capitol steps and sang “God Bless America”.  At the end of the tragic day of January 6, 2021, both houses of the United States Congress completed the work the angry mob tried to derail and confirmed the election of the 46th President of the United States. We can’t kid ourselves, however, as there were still a number of legislators who persisted in keeping alive the myth that there was massive voting fraud in the 2020 election.

Also, however, on January 6, 2021, hundreds of thousands of Americans received Covid-19 vaccines.  A Black Pastor and a Jew were elected to the Senate in the Deep South. Georgia became Blue.

We must commit ourselves to find constructive ways to agree to disagree and to hold our elected leaders to that same standard, working to remove them from office when they don't.  We must also make certain they constructively deal with matters that truly help all Americans and our planet and not divisive political rhetoric – it really is what most Americans desire and what America needs.

Robert Dole, a Conservative Republican in his 1996 Presidential concession speech stated: “I've said repeatedly in this campaign that the president was my opponent, not my enemy.”  Our leaders need to heed those words today when dealing with one another and the public as do we as citizens.  For that to occur, the misrepresentation of facts and outright lying by our elected leaders to the American people must stop.

We, as Progressive Activists in Southwest Florida, need to work as hard as we can to remove from office those who have enabled the hateful, deadly, and divisive rhetoric and actions that we saw manifested on January 6 in our nation’s capital.  We look forward to our work that is already beginning to help unseat Ron DeSantis, Marco Rubio, Byron Donalds and other so-called leaders who have exacerbated the current ugly and too often deadly American landscape.

Working together we shall overcome.

The Board of Directors
Progressive Club of the Islands

"We Shall Overcome Someday!" 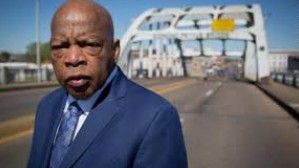 Unless you are a person of color, you cannot truly comprehend the experience of what it is like to be Black in America.  The injustice and hatred we’ve seen recently is certainly not new.  Hate based crimes and racial harassment have been committed throughout American history. Too often racially-based violence is perpetrated by the police, the very people charged with protecting and serving us all.  It shouldn’t still happen, but we know that in 2020 it certainly still does.  George Floyd was not alone; he was one in a long series of victims of institutionalized barriers to equal justice and equal opportunity in America.

Many of us are asking what we can do in our private and civic lives to help make the systemic changes required to finally put a stop to this injustice. While we may not know what it is like to walk in a Black person’s shoes, we all have in common one voice and two ears.  We need to truly listen, learn, and offer support and understanding of what Black people are telling us.  We also need to use our voices, arms, and legs to demonstrate and educate our families, friends, or anyone with whom we speak. We must listen, learn, and spread the word that racial injustice in America is very real.  We need to encourage others to speak out and to take all possible constructive actions.

Speaking up is just a start. We must address glaring inequalities in housing and education opportunities as well as disparities in health care. We need to promote and support diversity in candidates for public office and contribute to organizations that empower people of color. We must demand accountability in policing and an end to racial profiling. Black Lives Matter to all of us – please speak up, reach out, work for change, and vote for change.

Board of Directors
Progressive Club of the Islands

If you would like to request a vote by mail ballot, please call the Supervisor of Elections office at 239-LEE‐VOTE  (239-533‐8683) from 8:30-5:00 Monday through Friday.  Your request to vote by mail must be received by the Elections office no later than 5 PM on the sixth calendar day preceding the election.

Enrollment in Vote-by-Mail is now only good for only one general elections. If you are not sure you are still enrolled, call the Supervisor of Elections office at 239-LEE-VOTE (239-533‐8683). They can check and re-enroll you over the phone.

If it has been over five years since you last registered to vote, please re-register to assure your current signature is on file

For information on early voting, visit the Election Dates page of the Florida Elections website.

At our February 21, 2019 monthly meeting the membership of the club approved the by law changes recommended by the Board of Directors.  The club will now be named the Progressive Club of the Islands (PCI).  We are looking forward to the greater opportunities for activism that our new by laws allow.


Please click here to view the new club by laws.

For your reference, please click here to view Frequently Asked Questions on the changed by laws

Also, please click here to view the slide presentation on the changes.

The meeting will start promptly at 4:00. Please email us at pcisancap@gmail.com for the Zoom Link. You can also view the event live or subsequently on our Facebook page by clicking here.